Home » A Better Weigh: Measuring Your Weight Loss Without a Scale

A Better Weigh: Measuring Your Weight Loss Without a Scale

If you’re reading this, you’re probably, in some way or another, trying to lose weight. You’re probably also measuring your weight loss progress with a scale. You likely also have a love-hate relationship with that scale. It’s okay, we’ve all been there. Personally, I’d love to permanently ditch my scale, but I haven’t yet built up the courage to do it.

It’s just something about those numbers, right?

When they’re favorable, you feel on top of the world – even if you don’t look any different.

Unfavorable numbers, however, all too often, put you in an emotional funk. They can negatively influence your self-esteem, body image and overall perceptions of beauty. Mounting fears of rising numbers have even led some to engage in risky dieting and extreme exercise practices at some point in time as they attempt to thwart unfavorable changes in their weight.

I must admit I’ve been guilty of this once too many times.

Though scale readings can fluctuate by as much as five pounds a day from water weight alone, a lot of people still swear by them. Some even weigh in several times a week in hopes of tipping the numbers just a little in their favor. The constant weigh-ins during medical visits don’t make things any better.

If you’re reading this, and you’re frustrated or discouraged because you’re not losing weight as quickly as you’d hoped I have something to tell you: the scale is a liar. Yeah, I said it.

It’s actually one of the biggest liars in your life.

It has been misleading you for quite some time.

It’s never given you the full picture – only a moment-by-moment snapshot into your current body weight. That’s not enough. Let’s talk about why.

First Off, a Pound IS NOT a Pound

The typical scale can only measure your total body weight. It doesn’t distinguish between fat weight and the weights of fat-free tissues and bodily fluids like bone, muscle, blood and water. Depending on your initial size and the types of exercises you regularly perform (cardio exercise, weight training or a combination of both), you may experience rapid drops, or even slight gains in your total body weight.

Therefore, weight loss according to a scale isn’t always an indicator of “success.”

Rapid weight loss, for instance, could be a sign of muscle wasting and water loss. On the flip side, slight gains could be indicative of favorable increases in muscle mass. The more muscle you have, the higher your metabolic rate will be. This basically means you’ll burn more calories, and ultimately lose more fat, during any type of activity, even rest. When you’re trying to lose weight, this is actually a good thing.

Given these complexities, scales are oftentimes useless for measuring your weight loss progress. Your scale weight doesn’t solely dictate whether or not you’re “healthy” either.

Why “Thinness” Doesn’t Equate to “Healthiness”

One in four “thin” people have pre-diabetes and are classified as “metabolically obese.” This essentially means they carry many of the same metabolic risk factors for high blood pressure, cardiovascular disease, type 2 diabetes and high cholesterol as people who are overtly obese. Conversely, with the exception of carrying excess weight, many obese people have no such risk factors and could technically be classified as “metabolically healthy.”

That’s in spite of what their scale readings show.

Much of this is linked to a person’s body composition as well as their body fat distribution.

An ideal body composition is one that encompasses a low percentage of fat weight (body fat percentage) and a high percentage of fat-free weight relative to total body weight. While some people are in fact carrying a lot of body fat, others could be holding muscle. Either way, the scale reads it as ‘weight.’

Then there’s the notion of visceral obesity, which involves excess fat accumulation in and around the internal organs situated behind the abdomen. Total body weight aside, visceral fat is linked to all the same health problems generally associated with obesity. Though some people have pronounced “beer bellies,” you can’t always feel or see visceral fat – and you certainly can’t measure it on a scale.

Adding insult to injury, some people (both thin and obese) may naturally carry excess body fat around the stomach (apple-shape distribution) versus around the hips and lower body (pear-shape distribution), which magnifies overall health risk. That’s yet another factor a scale reading won’t show.

There are Better Ways to Measure Progress

When it comes to measuring weight loss success, I always recommend focusing less on tipping the scale and more on ‘non-scale’ methods. These methods are generally more meaningful, as they can help you make sense of the oftentimes meaningless numbers on the scale. Even if you regularly weigh yourself, using other methods can help you better track your progress, especially when your scale weight is stagnant.

In the following paragraphs, I’ll highlight some of the most easily trackable methods and explain why each is uniquely valuable.

If you’re serious about measuring your weight loss progress, regularly assessing your body composition is of the utmost importance. This is essentially an estimate of fat and fat-free weight relative to your total body weight. Since the basic scale doesn’t distinguish between the two, you can’t be certain about what you’re losing.

If you engage in weight training you’re likely gaining muscle. In this case, it’ll appear as though you’re heavier on the scale when in all actuality, you’re just leaner. This is why measuring your body composition is a better indicator of weight loss success.

There are many ways to assess your body composition including underwater weighing, dual-energy X-ray absorptiometry (DEXA), air displacement plethysmography (ADP) assessed via the Bod Pod, skinfold calipers and bioelectrical impedance (BIA) devices. Most universities and colleges offer these tests at affordable prices, even at no cost if you’re willing to participate in research studies. During my many years in research, lots of people joined our studies for the sole purpose of getting free DEXA scans.

Of all assessments, skinfold caliper and BIA analyses are the most economical. Fitness centers generally offer at least one option at either no or very low cost. Another option is to purchase yourself a good BIA device for at-home use. Tons of these devices are currently available on the market, many of which take the form of bathroom scales. This is a win-win if you’re already a scale addict!

Now, I’d be remiss if I didn’t mention that costlier methods are usually the most accurate. Regardless of the method you choose, you’ll get the most accurate information by ensuring all your measurements are carried out using the same method under the same conditions (same time of day, wearing the same clothing and being well-hydrated).

Taking circumference (or girth) measurements is one of the simplest methods of measuring your weight loss progress. Doing so is relatively cheap and much more useful than simply weighing yourself, as you’ll be able to track the number of inches you lose, which is more indicative of changes in your body composition.

Since muscle is denser than fat, it’ll take up less space in the body; therefore, reductions in girth are a sure sign of enhanced leanness.

Simply take measurements from key parts of your body like your shoulders, arms, forearms, chest, hips, thighs and calves. That’s it! You can do this once or twice a month. Adding a waist girth measurement is also especially useful for assessing your level of visceral fat. Regardless of your weight, a waist circumference of less than 40 inches for men and less than 35 inches for women puts you at lower risk.

To get the most accurate measurements, use a Gulick, AnthroFlex or Lufkin tape measurer made of linen or plastic. You can get these measurements taken by a fitness professional if you need to, or even just get help from a partner.

Taking before and after photographs of yourself is by far the simplest and most economical way to measure your progress in real time. Smartphone technology has made the process of taking photos easier than ever before. Unlike scales, photos never lie.

Just think about how many times you’ve looked at a photo of yourself and said, “I need to lose some weight.”

To capture your body in its entirety, wear a bikini or a sports bra with short shorts – Maybe even nothing at all to get the full effect. You can then stand in front of a white wall or door and start snapping multiple portrait-sized photographs of yourself at front, side and back angles.

Since photographs don’t cost you a thing, you can easily snap them as often as you wish. Still, I generally recommend doing so only once or twice a month to give your body sufficient time for noticeable change.

I know I can’t stop you from weighing yourself. As a healthy living coach, I’ve never been able to stop my clients either.

But hopefully I’ve provided you with some good information and valuable strategies for measuring your weight loss progress in other ways too. At the end of the day, true indicators of success go way beyond the measurement capabilities of a basic scale. That’s why the methods I’ve highlighted here are especially useful.

In addition to these measurements, I also encourage you to focus more on how your body looks and how you feel about it as time goes on. Listen to and embrace the compliments of others who notice. Look at the changes in how your clothes fit. If you’re generally pleased with your results, chances are you’re doing the right things. When all is said and done, that’s really all that matters. 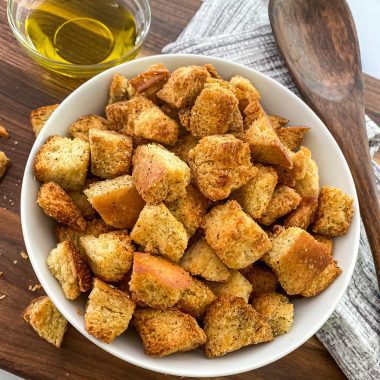 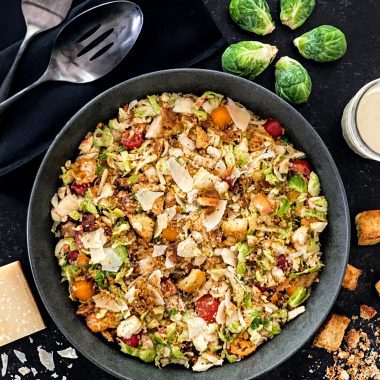